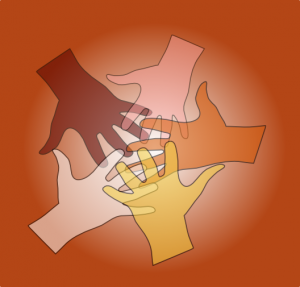 “Concerning the prejudice of race: it is an illusion, a superstition pure and simple! For God created us all of one race. There were no differences in the beginning, for we are all descendants of Adam. In the beginning, also, there were no limits and boundaries between the different lands; no part of the earth belonged more to one people than to another. In the sight of God there is no difference between the various races. Why should man invent such a prejudice? How can we uphold war caused by an illusion? 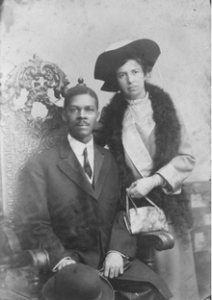 African American Bahá’í Louis Gregory, and white English Bahá’í, Louisa Mathew were married in New York City through the encouragement of ‘Abdu’l-Bahá in 1912.

God has not created men that they should destroy one another. All races, tribes, sects and classes share equally in the Bounty of their Heavenly Father.

The only difference lies in the degree of faithfulness, of obedience to the laws of God. There are some who are as lighted torches, there are others who shine as stars in the sky of humanity. The lovers of mankind, these are the superior men, of whatever nation, creed, or color they may be. For it is they to whom God will say these blessed words, “Well done, My good and faithful servants.” In that day He will not ask, “Are you English, French, or perhaps Persian? Do you come from the East, or from the West?”

The only division that is real is this: There are heavenly men and earthly men; self-sacrificing servants of humanity in the love of the Most High, bringing harmony and unity, teaching peace and goodwill to men. On the other hand there are those selfish men, haters of their brethren, in whose hearts prejudice has replaced loving kindness, and whose influence breeds discord and strife.”

CONTACT US: Lets work together and pray together for unity.