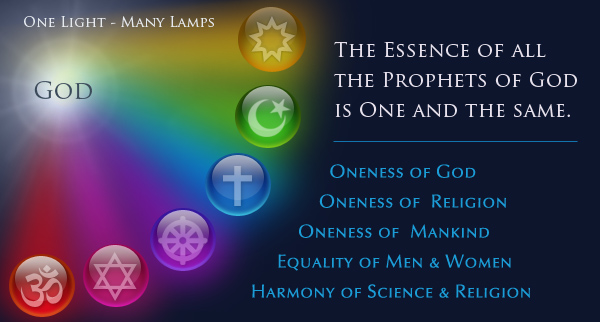 “…Know thou assuredly that the essence of all the Prophets of God is one and the same. Their unity is absolute. God, the Creator, saith: There is no distinction whatsoever among the Bearers of My Message. They all have but one purpose; their secret is the same secret. To prefer one in honor to another, to exalt certain ones above the rest, is in no wise to be permitted.”

Bahá’u’lláh – Gleanings from the Writings of Bahá’u’lláh, page 87.

“The Purpose of the one true God, exalted be His glory, in revealing Himself unto men is to lay bare those gems that lie hidden within the mine of their true and inmost selves. That the divers communions of the earth, and the manifold systems of religious belief, should never be allowed to foster the feelings of animosity among men, is, in this Day, of the essence of the Faith of God and His Religion. These principles and laws, these firmly established and mighty systems, have proceeded from one Source, and are the rays of one Light. That they differ one from another is to be attributed to the varying requirements of the ages in which they were promulgated.” 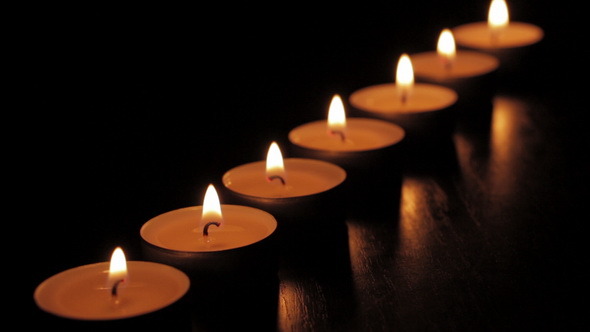 The fundamental principle enunciated by Bahá’u’lláh … is that religious truth is not absolute but relative, that Divine Revelation is a continuous and progressive process, that all the great religions of the world are divine in origin, that their basic principles are in complete harmony, that their aims and purposes are one and the same, that their teachings are but facets of one truth, that their functions are complementary, that they differ only in the nonessential aspects of their doctrines, and that their missions represent successive stages in the spiritual evolution of human society….

…His mission is to proclaim that the ages of the infancy and of the childhood of the human race are past, that the convulsions associated with the present stage of its adolescence are slowly and painfully preparing it to attain the stage of manhood, and are heralding the approach of that Age of Ages when swords will be beaten into plowshares, when the Kingdom promised by Jesus Christ will have been established, and the peace of the planet definitely and permanently ensured. Nor does Bahá’u’lláh claim finality for His own Revelation, but rather stipulates that a fuller measure of the truth He has been commissioned by the Almighty to vouchsafe to humanity, at so critical a juncture in its fortunes, must needs be disclosed at future stages in the constant and limitless evolution of mankind.

The Bahá’í Faith upholds the unity of God, recognizes the unity of His Prophets, and inculcates the principle of the oneness and wholeness of the entire human race. It proclaims the necessity and the inevitability of the unification of mankind, asserts that it is gradually approaching, and claims that nothing short of the transmuting spirit of God, working through His chosen Mouthpiece in this day, can ultimately succeed in bringing it about. It, moreover, enjoins upon its followers the primary duty of an unfettered search after truth, condemns all manner of prejudice and superstition, declares the purpose of religion to be the promotion of amity and concord, proclaims its essential harmony with science, and recognizes it as the foremost agency for the pacification and the orderly progress of human society….